Today is August 1st, Switzerland’s National Day celebrating the founding of the Swiss Confederation in 1291 (725 years ago!). On this historic date representatives of the three original Cantons secretly met on a mountain meadow to swear mutual support in the case of external threats. It’s a day of national pride that is celebrated around the country with bonfires, flag waving, alphorn blowing, and other uniquely Swiss pastimes.

In contrast to their early beginnings as a Confederation, Switzerland was remarkably late to the game when it came to giving women the right to vote. While the women’s suffrage movement started there at the turn of the century it wasn’t until 1971 that women were finally granted that right. Even more remarkable is that women in the Canton of Appenzell Innerrhoden couldn’t vote until 1990 when the Canton was forced to accept women’s suffrage by the country’s Federal Supreme Court, a highly irregular ruling in a country that grants considerable local autonomy and authority to the Cantons. (As a point of European comparison here’s when women were able to vote in a few other European countries: Albania, 1920; Germany, 1918; United Kingdom, 1918 (over age 30) and 1928); France, 1944; and Italy, 1945.

One of the stories I always heard growing up in Zurich was that in Appenzell Innerrhoden, where voting is to this day done in the town square by the raising of swords, wives kept careful watch from the windows of the surrounding buildings to make sure their husbands voted the way they told them to that morning.

The two posters above, which translate as “Women’s Right to Vote — NO!” (and underneath the child picking her nose: “Mommy, when are you coming home?”) say everything about the Swiss resistance to giving women the right to vote. Women were expected to be at home with the kids, plain and simple. Look what happens if they aren’t — cute little girls become insecure, forget their manners, and start digging deep into their noses. Flowers wilt. Pacifiers are left unattended. Allowing women to vote, work, and change the status quo clearly spells the beginning of the end. (The two posters were designed in 1946 by Laubi Hugo and Brun Donald, both respected Swiss illustrators and designers of their day).

Fortunately this history is now behind us and Swiss women are not only voting but occasionally running the country. But meanwhile, here in the U.S., we have our own upcoming election fraught with misogyny (on both sides!) that is resurrecting attitudes we’d hoped were in the past. Maybe we need some good posters to help the cause. 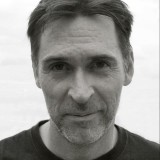 Stefan grew up as a dual citizen in Zurich, Switzerland. He came back to the US for college and moved to New York City in 1991. He has lived in Brooklyn since 2007, where he works as a graphic designer and pinhole photographer. He is working on a book about Walt Whitman's poem Crossing Brooklyn Ferry.

In which I occasionally post my own projects and client work, but more often than not ruminate on color, art, design, and photography, particularly as they involve the Swiss.

Thank you for subscribing.